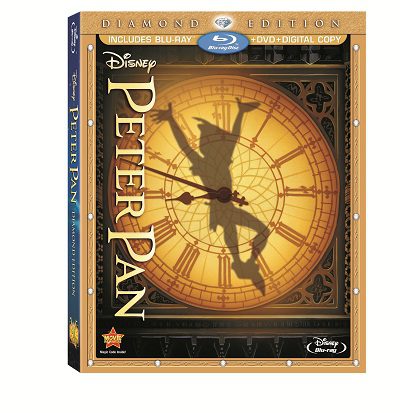 I’m so excited to share with you that on February 5th, Disney celebrates the 60th Anniversary release of Peter Pan, as it soars to new heights – with a new digital restoration and high definition picture and sound – for the first time on Blu-ray!  The Peter Pan Diamond Edition Blu-ray Combo Pack (Blu-ray + DVD + Digital Copy & Storybook App) is filled with high-flying bonus features including the groundbreaking feature Disney Intermission, Growing up with Nine Old Men short film, never-before-seen Deleted Scenes and a never-before-heard Deleted Song and more!

I’m excited to get this as the girls have never seen Peter Pan and it’s been years since I have!