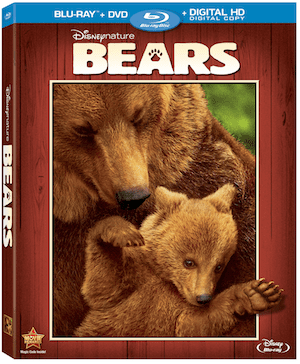 Get ready for an epic journey to the Alaskan wilderness without leaving home as Disneynature’s Bears releases on Blu-ray Combo Pack on August 12th! As like when it was released in theaters, A portion of the first-week sales will be donated to the National Park Foundation as part of the Disney Worldwide Conservation Fund to Protect Wildlife and Wild Places.  Bonus features include the music video for “Carry On” featuring Olivia Holt and four making-of featurettes.

This spectacular film showcases a year in the life of a bear family as two young cubs are taught life’s most important lessons.