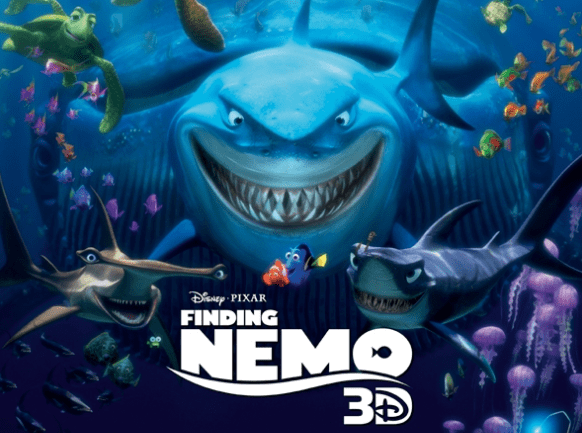 We are so excited because Finding Nemo 3D is in theaters tomorrow, September 14th.  We are probably going to see it this weekend, and I can’t wait.  I think I’m more excited than the girls are.  LOL  Of course we’ve seen Finding Nemo many times but there is nothing like seeing it on the big screen.  And it wasn’t until recently that my oldest decided she likes 3D movies so now she wants to see them all.

My buddy Keri Lyn from She Saved was able to get a sneak peak of this on her trip to California last month and even though she saw it a million times as well, she said it was great to see it in 3D.

Here is what she said…..

“….when I attended the screening, I wasn’t expecting to be too moved by the 3D version of Finding Nemo. I was actually a bit concerned about maybe feeling like I was watching it for the 100th time (which kind of, I was!) However, it was amazing to me that this actually seemed like an entirely new movie. I mean, it was the same movie…… but different. The ocean was brighter, deeper, the shadows were darker and the water movement was, for lack of a better word, “realer”. When you watch this movie in 3D it is almost like an underwater experience. The ocean comes to life, and the movement of the characters is amazing. It feels like you are right there with them, moving along the EAC. You know, the Eastern Australian Current? Yeah… the EAC. Awesome dude!

From the very first time that I watched this movie, this part really moved me. Such a strong message, and it is one of my favorite lines from all of the Disney movies that I have seen. A great reminder about parenting and life in general.”

You can read the rest of the post HERE.

So are you going to see it?