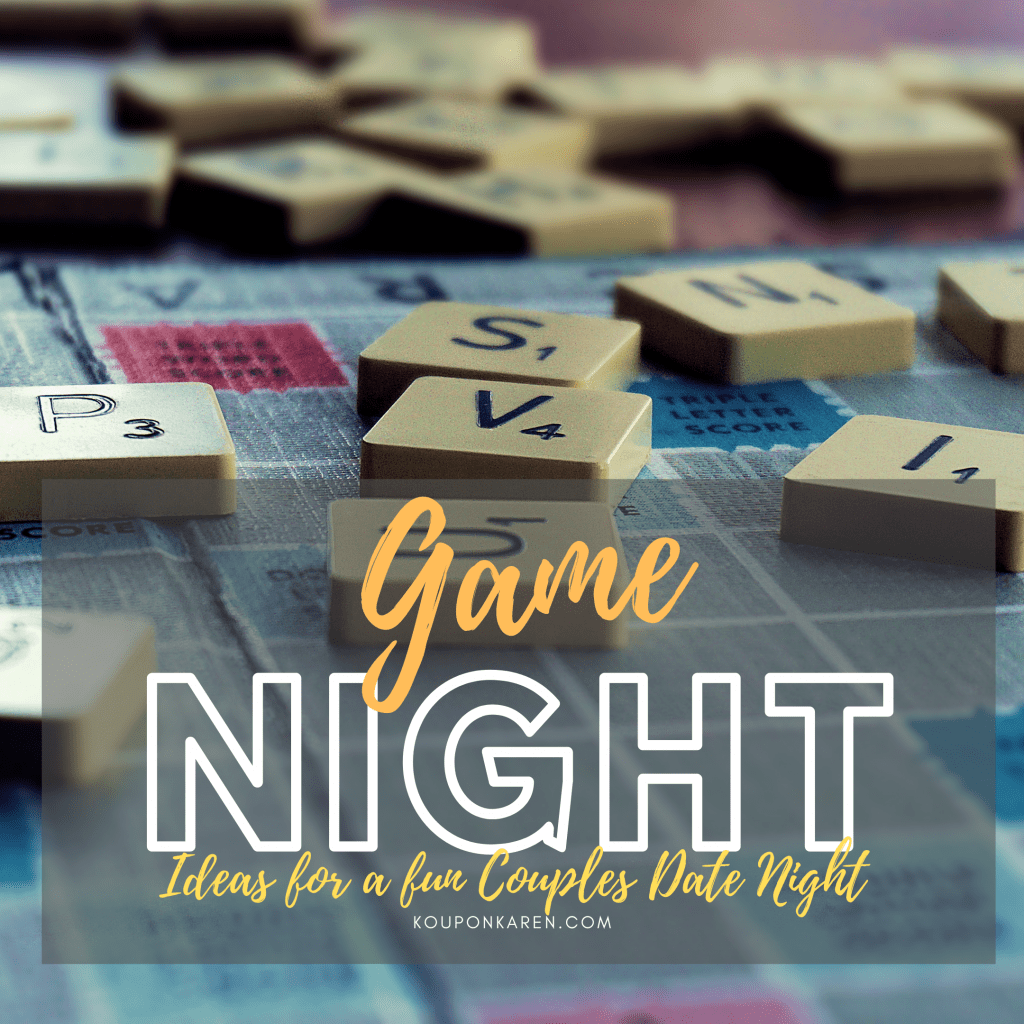 Need some ideas on what games to play for your next Couples Date Night? Game nights can be a great way to spend an evening with other couples, especially if you are on a budget. They’re inexpensive, entertaining, and can help start-up some interesting conversations, to say the least. If you rotate homes, then everyone has a chance to host and the burden isn’t always on the same person.  And you get to actually leave your home some nights, which isn’t very common right now!  Ask each person to bring an appetizer and/or drinks and enjoy the goodies while playing some fun games.  Even if you have kids at home, the fun can begin once they go to bed.

Here are a few games guaranteed to provide you and your friends with an enjoyable night.

Apples to Apples is made up of two decks of cards: “things” and “descriptions.” Players take turns as “referee,” where they place a “description” card in the center of the table. The remaining players then choose the “Thing” card that most appeals to the “Description” card that has been played. The Referee chooses the best answer, and thus crowns the winner of that round. Once a player has won a predetermined number of cards, that player wins. Cards are humorous and topical, making Apples to Apples a different game each and every time it’s played.
Players: 4-10
Playing Time: 30 minutes

Description: Players team up in twos to guess phrases while their opponents watch the timer. One teammate describes a word or phrase on the card in front of them without using five common words also shown on the card while the other teammate has to guess. The describing team gets a point for each card they guess successfully and their opponents get one for each card they pass on or lose by saying one of the forbidden words or phrases. Teams alternate in this fast-moving party game. Teams need to be creative to find the right way to make their teammate guess the answer, making Taboo a fun and challenging game couples will laugh about long after the answers are given.
Players: 4-10
Playing Time: 20 minutes

Description: Players compete in four different sections: “Creative Cat” – in which one teammate sculpts or draws (sometimes with eyes closed!), “Data Head” – which consists of trivia, “Word Worm” – which has players unscrambling words, spelling, or guessing definitions, and “Star Performer” – in which a player must whistle a song or act out a clue. Cranium’s challenges take from a host of other games, making it virtually impossible for one person to dominate throughout. This is a game that draws on different strengths, so a diverse group of couples can still get together and compete on the same level.
Players: 4-16
Playing Time: 60 minutes or more

Description: Players build settlements, cities, and roads, while trying to achieve the most victory points to dominant Catan and ultimately win the game. Raw materials such as wood, sheep, and bricks are “collected” based on the roll of the die to build up each player’s civilization. Trading among players and various ways to collect victory points makes this a unique game that will appeal to everyone from the novice gamer to the most steadfast player.
Players: 3-4
Playing Time: 90 minutes

In this French card game, drivers compete to achieve 1,000 km, while their opponents hand them hazards such as flat tires, running out of gas, and accidents along the way. Players must achieve a green light to “go” before they can lay down milestones and begin accumulating points. When another player hands them a hazard card, they must “fix” the hazard and get another green light before they can collect points. Mille Bornes is a fun and pleasant alternative to more traditional card games.
Players: 2-6
Playing Time: 45 minutes 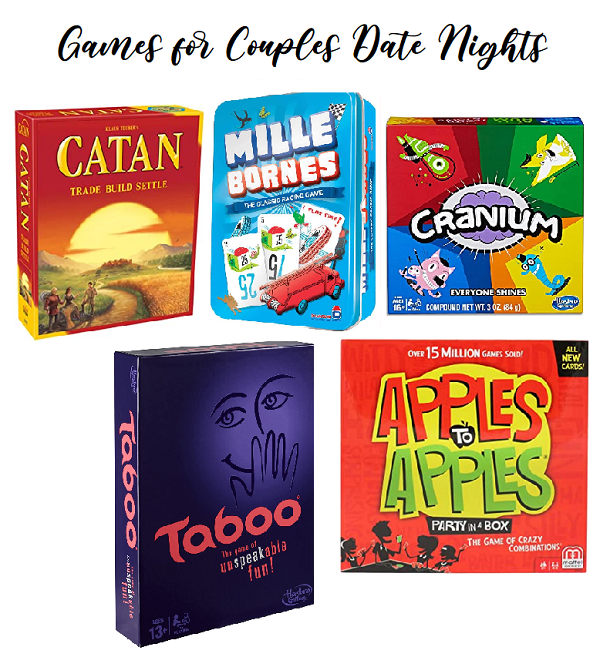 These are just a few of my favorites for Couples Date Night.  Let me know what you like to play and I’ll add them to the list.  Check back again for more games!