The BoxTrolls on Blu-ray Combo Pack and DVD January 20, 2015 {Giveaway}

This post is Sponsored by Universal Pictures Home Entertainment but my opinions are 100% my own! 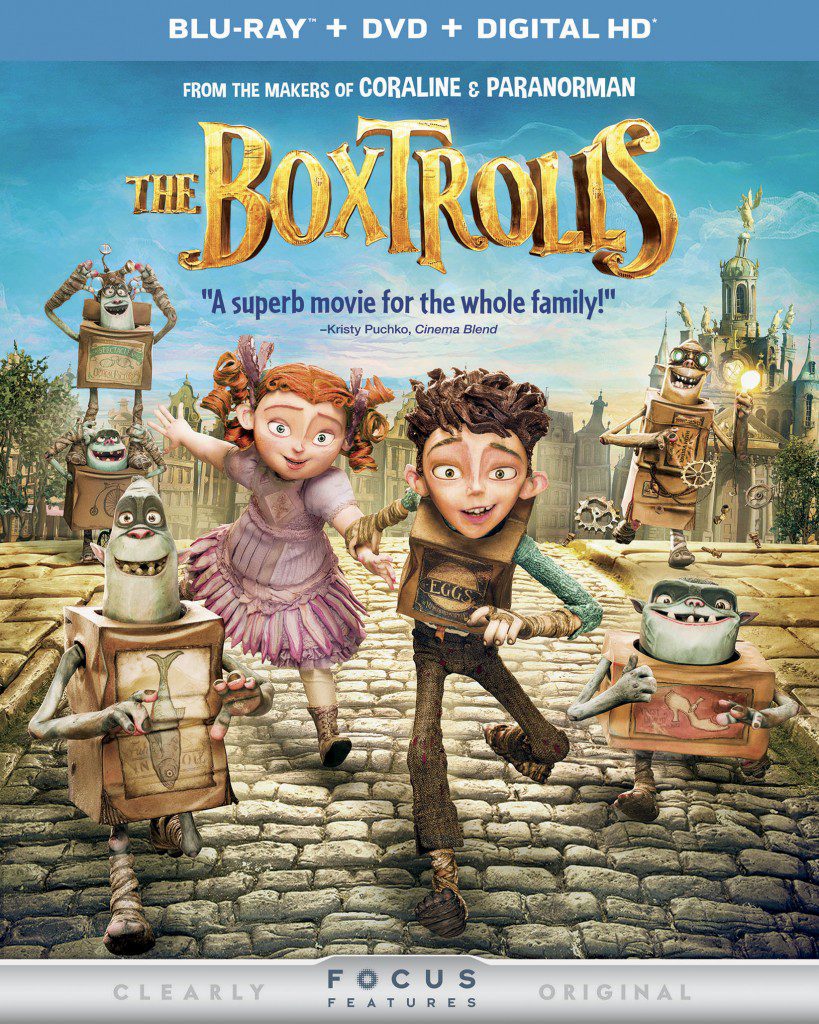 I’m so excited to share with you that The BOXTROLLS, which was avaiable on Digital HD December, 23, 2014, is now available on Blu-Ray Combo Pack and DVD today, January 20, 2015 from Universal Pictures Home Entertainment.

Quirky, mischievous and good-hearted, the Boxtrolls are unique creatures who have lovingly raised a human boy named Eggs in a fantastical charming cavern below the bustling streets of Cheesebridge. But when the evil Archibald Snatcher schemes to capture Eggs’ family, it’s up to Eggs and his feisty new friend Winnie to save the Boxtrolls!

And of course the Blu-ray Combo Pack & Blu-ray 3D and DVD include a lot of great Bonus features.  One of our favorite parts!

DARE TO BE SQUARE: BEHIND THE SCENES OF THE BOXTROLLS

We absolutely LOVED The BoxTrolls and we are so happy to have it as an addition to our family movies.  It’s the perfect movie for the entire family and our friends borrowed it immediately after we watched it and loved it too. 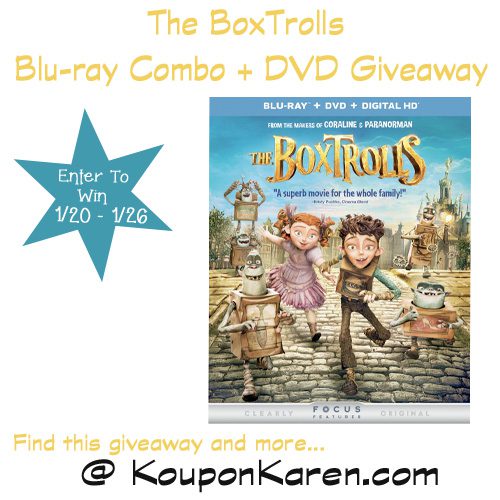 (1) Koupon Karen reader will win a copy of The BoxTrolls Blu-ray Combo Pack.