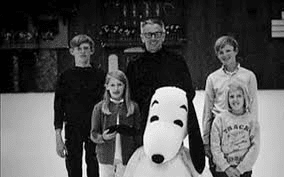 Disclosure: I am Peanuts Ambassador.  I received products to facilitate my review but my opinions are 100% my own!

I’m excited to tell you that I was recently selected as a Peanuts Ambassador.  But even ore exciting is that this Christmas is the 50th year that A Charlie Brown Christmas! has been on television.   I remember very clearly watching this when I was younger and I love to see it’s still on TV and my girls enjoy it too.  They also get a kick out of it when I tell them that this was on when I was a kid.  They can’t even imagine that!

I recently had the opportunity to join in on an interview Jill Schulz, the daughter of Peanuts creator Charles M. Shultz along with with several other bloggers.  She shared her personal memories of her father, traditions and all the ways her life was touched by A Charlie Brown Christmas.  And of course the wonderful legacy that was left by her father.

Interview with Jill Schulz: Growing up with Peanuts {Giveaway}

What was it like to celebrate Christmas in the Schulz family?

“I always had great memories of it, but to us, that’s just how our Christmas was.”

“Back then, there was not as much merchandise, publicity, worldwide status for Peanuts and Snoopy.”

“We had a pretty typical Christmas, except that we opened our gifts on Christmas Eve. Typically, we’d have neighborhood friends and kids coming over and my mom cooked a great big dinner. Then we’d wait for Santa Claus, I’d always sneak back down and open a window because I thought there was no way he could fit down the chimney.”

“In the morning, we’d get a special present. One year I got a puppy, but it was a little disconcerting because I thought I was getting an Old English Sheepdog like the one from Please Don’t Eat the Daisies, but my puppy wasn’t furry and didn’t have a tail.”

“Once the TV show came out, that became a tradition: both Christmas and Halloween, they became something we’d gather around TV to watch. But to me, it just seemed like a normal family Christmas.” 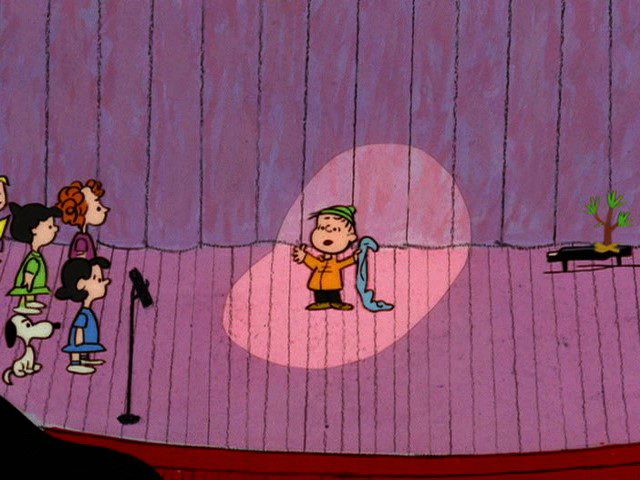 Was there anything in the special that was similar to your childhood?

“There are elements that are supposed to come from my family. Like Lucy’s crabbiness came from Meredith. I’m told that Linus has a blanket because I always had a blanket.” But I can’t say there’s anything specific in the special.”

“Dad was active in Sunday school when we were much younger, he taught there on Sundays for many years. So the Linus speech was something very important to him.”

“Lee Mendelson tells the story of meeting with the top guys at CBS—they said they loved the special, ‘But you need to take the Linus’ speech out.’ When Lee told Dad that he said, ‘Tell them to just forget it then.’ Now it’s become the most iconic part of the entire TV special. It’s one of my favorite parts because I know how important it was to my father.”

When producing the Christmas ice show at Knott’s Berry Farm, Jill suggested building a show around the special, and having the Linus character come to the center of ice, putting a spotlight on him and having him give the speech.

“The people at the theme park were kind of nervous, just like long ago. ‘Maybe we need to edit it.’ Because it was so important to my dad, I said, ‘We need to do it exactly as it happened in the TV special.’ Now the ice performance has a huge following, and one of guests’ favorite parts is seeing that performed live by the Linus character.” 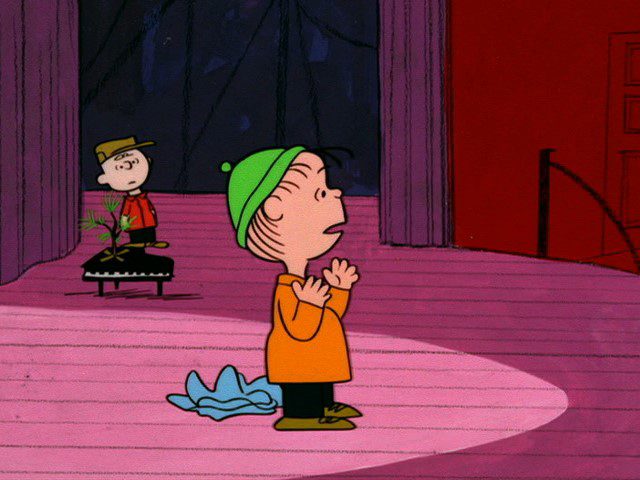 “After those big Christmases as a kid, I had to get adjusted to having Christmases with just my husband and my two kids. It felt so small. I tried to do the same traditions, watch the special, do the presents.”

“For a while would go to Utah with my sister Amy. Amy and Monte are more sentimental about the past. She has nine kids, she tried to and successfully created the same kind of big family meal, friends coming over. It was great to do that for a while.”

“Now we invite good friends and go to Utah to go skiing, have snow, make snowmen, do all of those traditional Christmas things we’ve heard of, even though we live in California.”

“One tradition I didn’t keep: My parents always put an orange in Christmas stockings, I switched that to chocolate.”

Did your Dad think the special would be around 50 years later?

“He wasn’t one to predict. The most important thing to him was drawing the comic strip. He’d always say, ‘I’m just a cartoonist.’ He was not setting out to make his cartoon famous, or sell merchandise. Those were everyone else’s ideas.”

“One thing he never understood was when people would say to him, ‘Mr. Schulz, you’re so successful now, why don’t you retire?’ He’d say, ‘Why would I spend my whole life to become successful at doing the thing I love to do, and then not do it?’ He passed away immediately after he decided he could no longer draw the strip. To him, it was all about drawing the comic strip.”

I have so many fond memories of Peanuts growing up but Snoopy was always my favorite. While my girls don’t get to see the Peanuts gang on a regular basis, whenever a holiday rolls around, they know to look for a Peanuts special, and I love it! It’s wonderful to share my memories and something I love with them as well.

Now about about some Peanuts happiness and a giveaway? 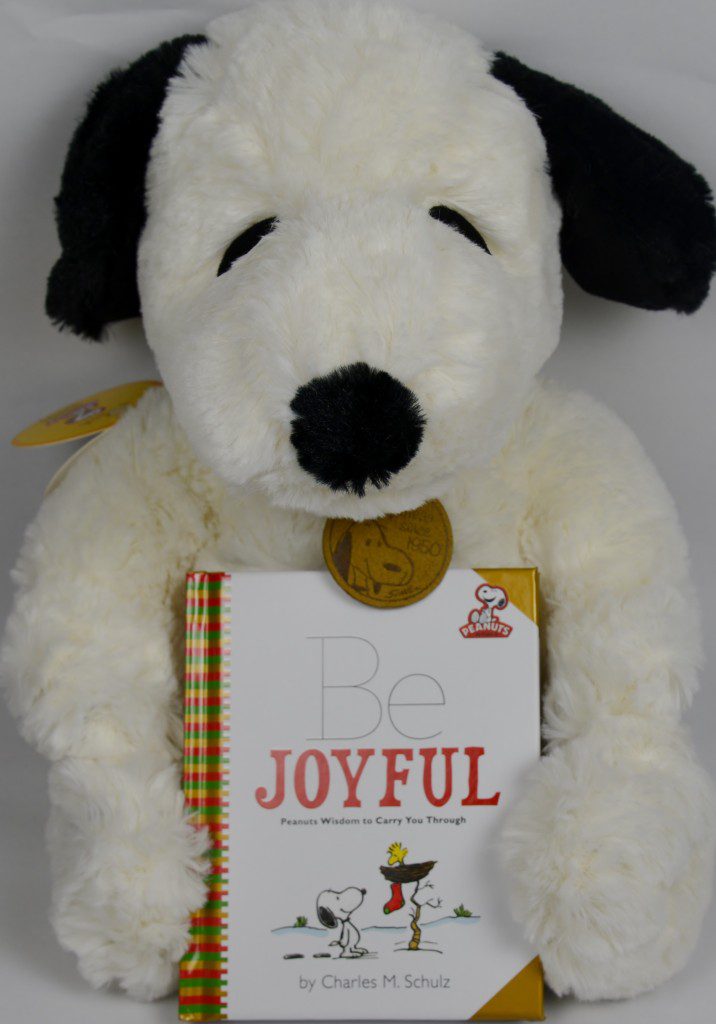 (1) Koupon Karen reader will win a Peanuts prize package which will include: