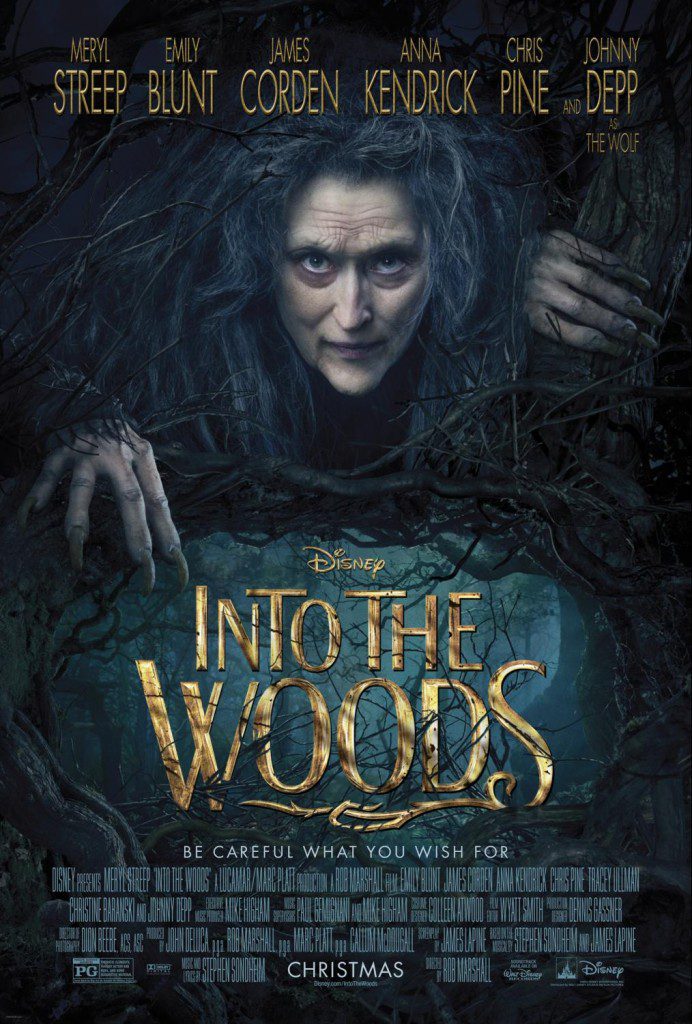 Perhaps I’ve lived under a rock all of my life because honestly I’ve never heard of Into The Woods and my high school didn’t have an Into the Woods play either.   I had no idea what this movie was about the first time I heard about it.  And what really caught my eye originally was the amazing cast.  And then I was invited to visit Los Angeles and not only see a special screening of Into The Woods, but also a chance to interview several cast members, including Meryl Streep!!!

And then I had to cancel my trip due to personal reasons at home.  What a bummer.  I know I made the right decision but that doesn’t mean I was sad to miss out on an amazing opportunity. But my family has to come first always.  So I told the girls we’d go see the movie when it was out – which was Christmas Day.

Into The Woods Movie Review

Have you seen the trailer yet?

So earlier this week, the girls and I saw Into The Woods we loved it.  Both of my girls love movies that have music in them so when I told them this movie not only had all of their favorite fairy tales in it, but there was also lots of music, it moved to the top of their list of movies they wanted to see over school break. 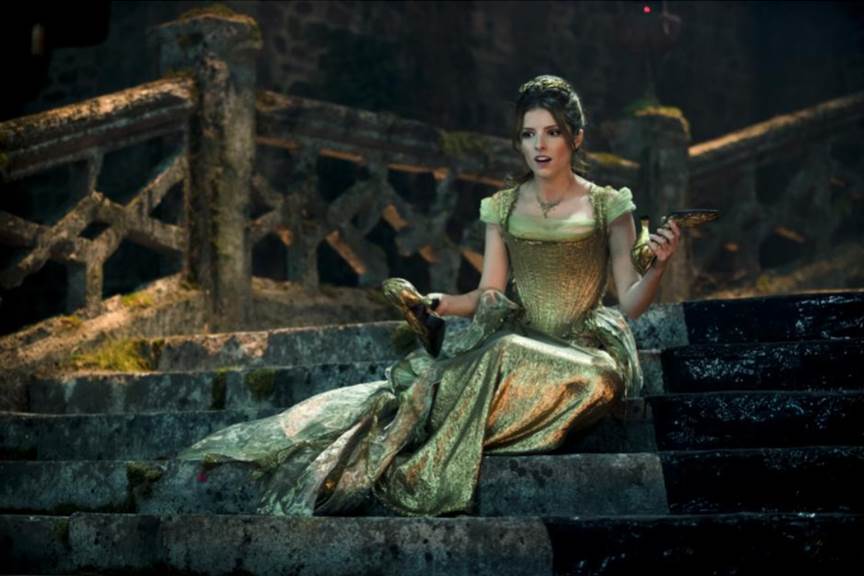 But what I didn’t expect was for it to start with music from the first scene until pretty much the end of the movie.   It was truly a musical from beginning to end and we loved it!! 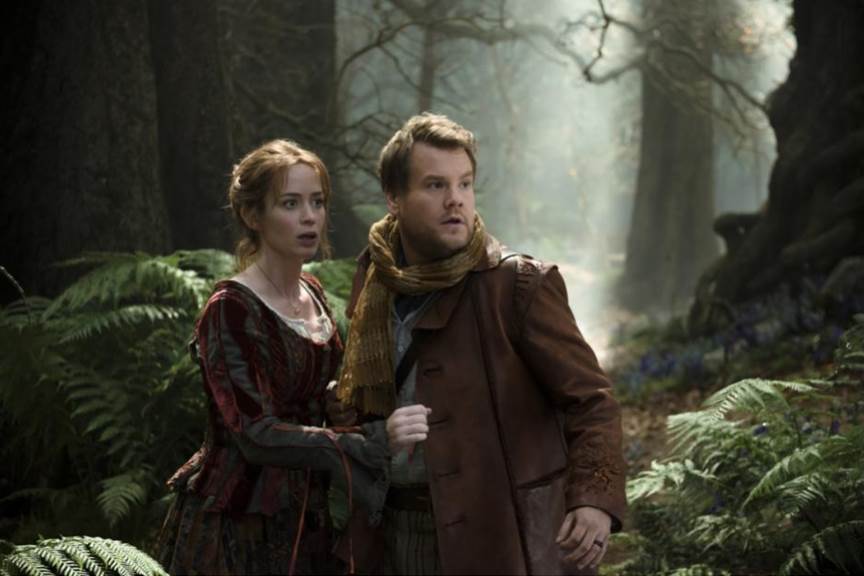 The first scene opens with everyone wishing for things that they think would make their lives happy.  The baker and the baker’s wife are pretty much the characters that bring everyone together in the story.  Halfway through the movie my oldest leaned over and pointed out to me that really they were the main characters in the movie.    They both want a baby really bad, and the witch is the only one that can grant them that wish because she cast a spell on their house many years ago. But they must go Into The Woods to find specific items for the witch and then bring them back to her by the 3rd midnight to break the spell to have a baby.  They are desperate so of course they are going to do as she says.  James Condren and Emily Blunt play these roles amazingly and you can see the desperation in their characters and their chemistry together is amazing.  Emily Blunt is stunning and beautiful as the Baker’s wife.  And also pregnant in real through the entire filming of the movie and they did a great job hiding that!

There is so much going on in this movie but I’m only going to talk about a few things.

The items they are to collect to life the curse are odd – a cow as white as milk, a cap as red as blood, a shoe as pure as gold and hair as yellow as corn.  The Baker sets off Into The Woods to find these items but insists his wife stay behind because it’s too dangerous.  Of course, she doesn’t listen.

The Baker meets Jack in the woods who is off to town to sell his cow who just happens to be as white as milk.  He tries to buy the cow from him but is unsuccessful until the bakers wife, who isn’t supposed to be there, convinces Jack to take the magic beans for the cow.  She did an amazing job selling the beans to him but you can see she feels bad. See the clip below.

The Baker also runs into Little Red Riding Hood who is, of course on her way to her grandmother’s house.  He attempts to take her cap but is unsuccessful the first time because he feels bad.  But he does eventually get the cape.  I’m not telling you how because that would ruin the movie. 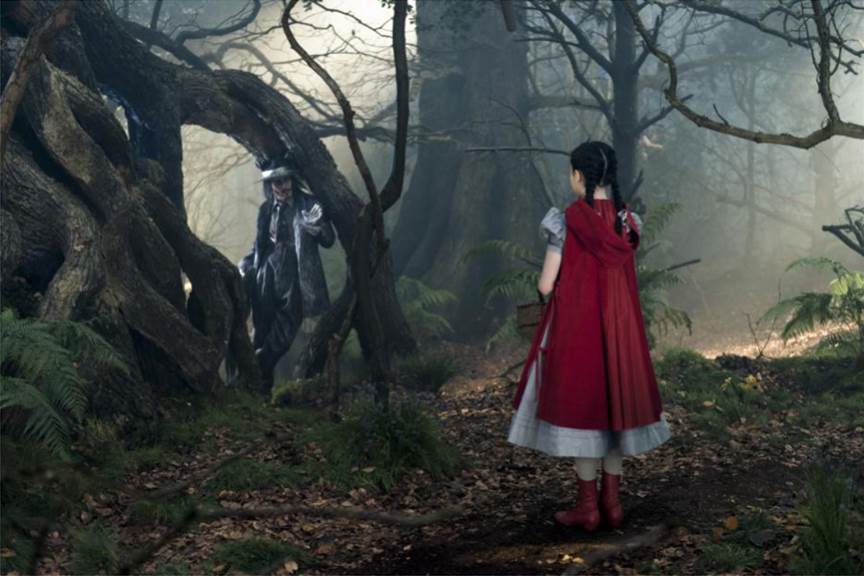 The Baker’s wife runs into Cinderella in the woods who is of course, running from the prince. Cinderella is played by the very talented Anna Kendrick who has an AMAZING voice and is absolutely beautiful!  She has a tough character to play but did a great job.  Cinderella is more than what you see other fairy tales and you get to see a little more of after she marries the prince.  We loved that part.  The baker’s wife is crazy and desperate to have a baby so she tries to get the shoe from Cinderella but is unsuccessful at first.

And the last item they need to get is hair as yellow as corn.  So who has hair that would be significant enough to be in this movie?  Why of course Rapunzel. 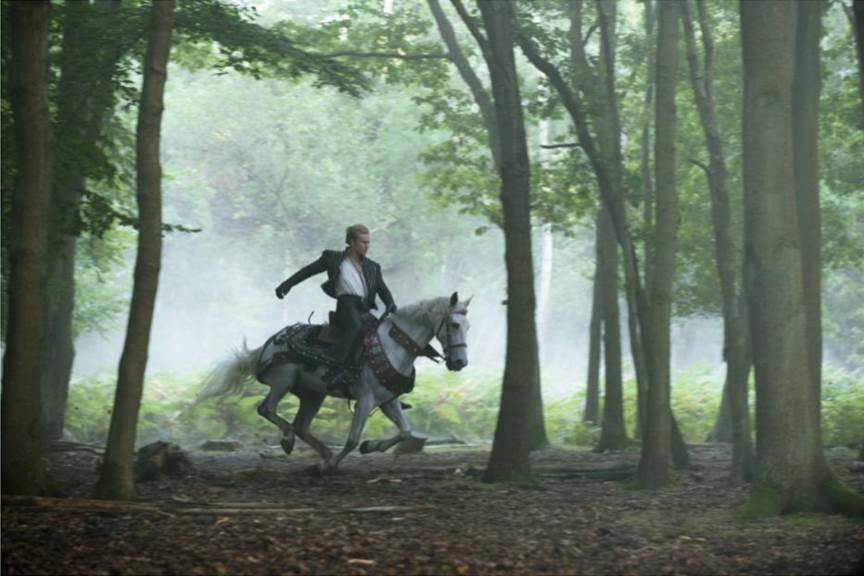 There are two princes in this movie – prince charming and his brother.  They are both handsome and a bit conceited.  One of my favorite part of movie is a song they sing together.  So cheesy and so fun at the same time.

Johnny Depp has a cameo in the movie as the big bad wolf.  You know the wolf will be there when you see Red Riding Hood.  And honestly it didn’t surprise me that he’d play this part because he seems to like to play ‘interesting’ characters.   That said, his role was a bit creepy and the song he sings was equally creepy.  But I loved it!

Check out this Music Featurette to get a glimpse of the movie and the music.

This movie is rated PG and is good for kids.  My girls are 7 and 10 and they weren’t scared at all.   It’s dark because it’s set in the woods but not in a scary sort of way.   And it has it’s funny moments too.  They will love seeing all the different fairy tale characters especially since it is a different story then the norm for all of them.

And the Into The Woods music CD is so good.  We’ve been listening to it none stop since we saw the movie.  It’s like hearing the movie all over again since so much of it was music.  Oh I can’t wait for it to come out on Blu-ray!!!

Into The Woods is now playing in theaters everywhere. Go see it!