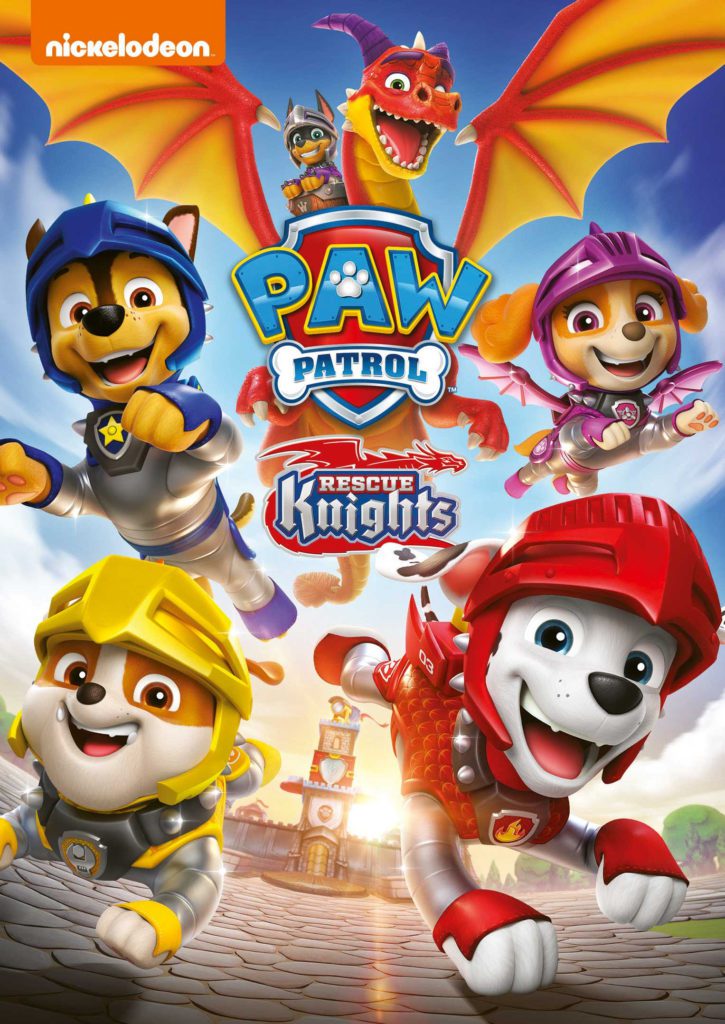 PAW Patrol: Rescue Knights synopsis:
A baddie pup named Claw, riding a dragon, Sparks, has descended upon Barkingburg, and it’s up to the PAW Patrol to protect the kingdom!  No rescue is too big, no pup knight is too small! With new Dragon Knight Vehicles and suits of Dragon Knight Armor, our team takes to land, air, and moat to stop the trouble-making Claw and his mischievous Dragon.

ENTER TO WIN A COPY!

Leave me a comment telling me who you would like to win this for and you’ll be entered to win a copy of the DVD!
The giveaway ends 6/17/22.
Disclosure:  Paramount and Nickelodeon sponsored this Giveaway.
Share
Pin
Tweet
Email