Playing Card Games That The Whole Family Will Enjoy 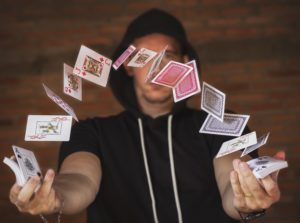 Family time without gadgets has become a rarity. With everyone glued to their gadgets and spending very little time interacting with the real world, it is a blessing if you could spend a few hours of undistracted time with your loved ones. If you are planning on a game night with your family and wish to play card games, here are a few games you could try. As these are easy to learn, people of all age groups can learn, play, and have fun. So, are you ready to unlock a world of card games? Read on!

If you have kids, teenagers, and adults at home, all of whom would be playing, here’s a game that fits perfectly. All you need is a deck of playing cards and anything around two to eight players. At the start of the game, deal five cards to all the players. The game starts with the person on the left dealing a card similar to the one facing upward.

All the cards with the number eight are wild cards and can be used in place of any other card in the game. When a person doesn’t have the card matching the one facing upward or an eight card, they should draw one from the pile. The game’s goal is to get rid of all the cards in your possession, and the person who runs out of cards first emerges the winner. 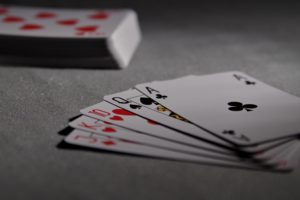 This easy card game can be played by two to three players using a deck of cards. By adding an additional deck, you could include over six to eight players in the game. The goal of the game is to form sequences by matching the suits on the cards. You could use the Joker card to form the perfect rummy sequence or order you are trying to create. Winning the game depends on both your skill and confidence levels. As the rules are very simple, the game is easy to learn and enjoyed by people of all age groups. 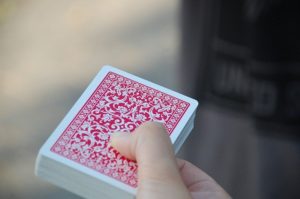 Fish or Go Fish is a cards game that over ten players can play. Each round of the game ends in around ten to fifteen minutes. Each player gets seven or fewer cards based on the number of players. The remaining cards are spread out in what is called an ocean or a pool. Player 1 can ask Player 2 for a card if they have it, Player 2 will give it if they have or say “go fish,” and Player 1 has to pick a card from the ocean pile. The goal is to form matches with the cards in hand, pairs from fellow players, and the ones from fishing. If all the players have found their matches and one player has an unmatched card and no cards remaining in the deck, they lose the game.

These are three games that your whole family will enjoy playing and can learn seamlessly. Which of these games have you tried before? Do let us know in the comments section.